The Red Sea is one of the most important repositories of marine biodiversity all over the world. It has an extraordinary range of biological diversity and endemism. It is the habitat of over 1,000 invertebrate species, more than 1200 species of fishes, and 200 soft and hard corals [6]. It has unique marine habitats as coral reefs, mangroves and sea grass beds. They provide key resources for coastal populations: food, shoreline protection and stabilization, and economic benefits from tourism [7]. Red Sea coast is an area that has been targeted and developed for tourism purposes [8].

The Red Sea coastline possesses a significant proportion and considerable range of the coral reefs with about 3800 Km2 of reef area and 1,800 km long [7]. Red Sea tourism is largely dependent on the surrounding environment such as sand and water quality, and especially coral reefs, which are sensitive to tourist activity, with low government control in the area and growth in private investments.

Much has occurred in the past twenty years in development of the tourism industry in Egypt. Various new destinations in Egypt have been promoted for tourism including the Mediterranean coast, the Red Sea coast, the Gulf of Aqaba, Upper Egypt, and the Western Desert area. This diversification of tourism in the country has been undertaken in hope that it will result in an increase in much-needed tourism revenue, economic growth and employment opportunities. Unfortunately, the relationship between tourism and the environment is unbalanced: tourism is environmentally dependent and the environment is vulnerable to the impact of tourism [7]. The growth of coastal urban areas generates a range of threats to the nearby shoreline habitats. Direct physical damage is caused by construction works on harbours, airports and tourist resorts or by mining the reef areas for construction materials.

Hurghada city was originally a small fishing village, and later, in the 1980s became the first tourist resort on the Egyptian Red Sea. It is located at 350 Km south of Suez with its coast extends for about 62 km along the Red Sea [9].

Remote sensing has the potential to provide accurate and timely geospatial information describing changes in urban land cover [10, 11]. The importance of remote sensing was emphasized as a ‘unique view’ of the spatial and temporal dynamics of the processes in urban growth and land use change [12, 13]. Satellite remote-sensing techniques have, therefore, been widely used in detecting and monitoring land cover change at various scales with useful results [14-16]. Recently, remote sensing has been used in combination with geographical information systems (GIS) and global positioning systems (GPS) to assess land cover change more effectively than by remote-sensing data only [17]. The change detection algorithm is essential to detect the chances which occurred, to identify the nature of the change and to determine the areal extent and the spatial pattern of this change [18]. There are two methods for change detection were widely used; image differencing and post-classification comparison [19].

Fig. 1. Satellite image shows the location of the study area.

To identify environmental changes on the coast of Hurghada, which are caused by tourism development, different methods are applied. The study area is divided into sub sectors. Soil samples are taken to analyze the characteristics aggregate constitute the beach for each sector. The following laboratory tests were applied in order to determine the characteristics of the seawater quality; temperature, salinity, turbidity, total dissolved soiled, Dissolved Oxygen (DO) and the concentration of hydrogen ions (pH).

Three techniques are used to process the satellite images for years 1972, 1984, 1992, 2002 and 2011. These techniques are image differencing, image rationing and post classification change. The interpretation of images is used to identify the changes of Hurghada coastline. Overlaying satellite images and topographic maps give the current features of the its coastline.

Available satellite data, which was used to detect the urbanization and shoreline changes, is five images; four are Landsat (MSS, TM and ETM+) and the fifth is SPOT XS 4 at years 1972, 1984, 1992, 2004 and 2011 respectively.    Seven topographic maps were used with 1:25000 scale. All satellite images has been geo-referenced and geometrically corrected to a WGS 84 datum (World Geographic System) and UTM Projection (Universe Transverse Mercator) with Zone 36 North using ground control points during the field verification using Guno Trimble GPS. This process was completed using ERDAS IMAGINE 10 software with Root Mean Square Error (RMSE) of geometric corrected images; 0.0141(MSS), 0.0059(TM), 0.0045(ETM) and 0.0012(SPOT) respectively.             Finally, all images are converted from Digital Number (DN) values to physical unit watts per steradian per square metre (W/m2 sr µm), using the calibration data given in the header file (metadata) of the images.

Three parameters are studied and presented in this section to show the effect of Hurghada coastal zone development during the last 40 years. These parameters are shoreline changes, urban changes and roads changes as follows:

The status of erosion / accretion of Hurghada shoreline during years 1972 and 2011 is studied and presented in “Fig. 2,”. As can be shown from “Fig. 2,”, the shoreline is quite stable and changes occurred may be due to anthropogenic activities as coastal development.

Rates of Hurghada shoreline changes over the last forty years, which is exposed to two important processes erosion (dredging) and accretion (land filling), are presented in “Fig. 3,”.

Examples of dredging and land filling at Hurghada shoreline are presented in      “Fig. 4,”. These artificial processes lead to a change in the nature of the shoreline and the biodiversity which inhabiting the coastal area.

Fig. 4. Examples of dredging and land filling at Hurghada shoreline

The same conclusion for the coastline changes is also raised here, that the period from 1984 to 2004 is the time for revolution tourism industry with the maximum increase of urbanization area, +11.63 km2.

“Fig. 7,”  represent the road development at in Hurghada from year 1997 to 2011. It is clearly visualize the vigorous development in this sector to meet the requirement of future tourism industry development. 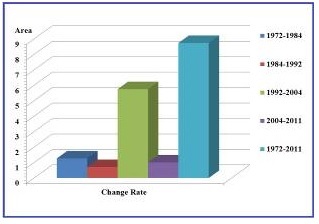 Fig 9: Photos show the roads and urban development's at Hurghada.

Due to human expansion especially near urban and coastal areas, the coastal zones are usually subjected to a variety of disturbances, which have damaging impacts on the marine habitats. Human activities associated with coastal developments include deforestation, infrastructure development and extension of agricultural developments to marginal lands.

Hurghada city has been considered as one of the touristic communities grown rapidly with a planned urban community. So, it became important to have touristic capabilities for monitoring, assessment and control of land use/cover changes for this touristic city. Moreover, the quantitative and qualitative analysis of these changes will certainly provide very important information for the prediction of the future changes which will certainly help for the decision making for economic development and resource management of Hurghada city.

"Ref. [1]" has made change detection  map indicating the urban expansion and its spatial patterns in the Hurghada area through years 1987 to 2005 using Landsat (TM, ETM+) and ASTER images. They made the change detection map through 1987, 2000 and 2005 and estimated land filling along the coastline from El-Gouna resort at the north of Hurghada to Sahl Hashish with area 4.5 km2.

"Ref. [4]" has made landfill detection for the same area based on two Landsat TM-images of 1984-1997 respectively. He calculated the landfill areas (accretion) to be 2.3 km2.

"Ref. [5]" has made landfill detection for the same area (Hurghada) based on two Landsat TM-images of 1984-1991 respectively. He calculated the land filling (accretion) areas to be 3.95 km2.

Comparison between these previous studies and the preset study is shown in the following table.

Table 1: Comparison between values of shoreline changes in published references  and the present study

Coastal developments have led to an increase in hotels and other major industries, and hence greater population on the coastal margin. One of the major problems encountered by this is the increased disposal of household waste and from sewage (often untreated) to the marine environment.

Concerning urban and road changes of the study area the present investigation indicated that increased of total area for urban is 16.47 km2. [1] has made change detection  map indicating the urban expansion and its spatial patterns in the same region (Hurghada) area through years 1987 to 2005 using Landsat (TM, ETM+) and ASTER images. He found the urban area increased from 1987 to 2005 was about 8 to 31.67 km2.

"Ref. [5]" has made a landfill detection for the same area based on two Landsat TM-images of years 1984 and 1991. He calculated the total changes of urban area to be 3.7 km2. This results agree with the same period of the urban changes.

"Ref. [2]" has made change detection map indicating the road network extension  in the same region (Hurghada) area through an 13-year period (1987–2000). He found the road area increased from 0.12 to 0.25 km2. Table 2 shows a comparison between these previous studies and the preset study.

Table 2: Comparison between values of urban and Road changes in published references  and the present study.

This difference can be explained as [4] doesn’t make a distinction between land filling / sedimentation and dredging / erosion effects. The differences with our estimates can again be explained by a difference in methodologies.

"Ref. [4]" results are based on image classification, while our estimates are derived from a visual digitalization on screen of the urban area. Notwithstanding the difference estimates for both coastal line changes and expansion of the urban area, the conclusion remains that the urban development has been booming during the last two decades in Hurghada and surroundings and that this altered the coastal line in a dramatic way.

The difference in the urban area and road network area was explained as the authors using the different methodologies and techniques at the research.         May be attributed to the different software was used. Finally the different sensor or satellite images was used may be effects on the total accuracy of the area which calculated by different authors.

16. Shalaby, A. and R. Tateishi, Remote Sensing and GIS for Mapping and Monitoring Land Cover and Land-Use Changes in the Northwestern coastal zone of Egypt. Applied Geography, 2007. 27(1): p. 28-41.