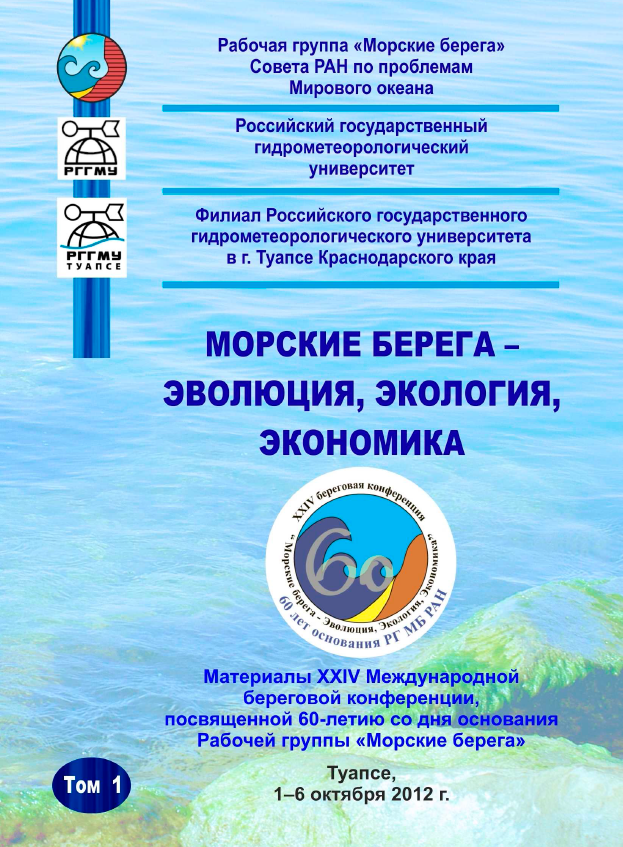 Language:
Russian, English
Keywords:
Influence of the sea level changes
Abstract and keywords
Abstract (English):
Influence of the sea level changes on the dynamics of accumulative coasts (in the region of the western Crimea) is considered. The data of observations shows that the greatest change of the beaches under the influence of the level changes by 1 cm can be 1, 3 m. However, the period for which it is determined (1989–2001) was characterized, firstly, by amplification of storm activity, and secondly, by substantial growth of deficiency in deposits. It has been caused by the new deep-water mooring in Eupatoria trading port, which has changed the local migration of deposits. The regular deepening of the waterway has resulted in change of their balance, adaptation of the coast to the changed conditions and, consequently, to acceleration of the coastal line abrasion. The weakest change of beaches under the influence of changes of the level by 1 cm, which is determined for the period 2006–2010, is 0,2–0,3 m. This period was characterized by relatively little changeability of storm activity and relative stabilization of anthropogenic influence, thus such figure seems to be more trustworthy.